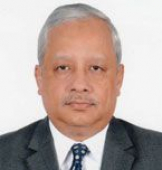 Mr. Quadri has started his banking career with the then Arab Bangladesh Bank Limited as Probationary Officer in July 1984 after completing his graduation degree and worked there in different leadership roles till February 2003 while he was holding the rank & status of Senior Vice President.

His major professional area comprises of Head of Human Resources Management Division in AB Bank Limited, Al Baraka Bank Limited, ONE Bank Limited and Meghna Bank Limited. During his long banking career with five different banks, Mr. Quadri played supervisory roles as CAMLCO, Chief Risk Officer, Head of Internal Control & Compliance Division, Head of Branch etc. He served as a director on the board of IIDFC (Non Banking Financial Institution) in Bangladesh. He held the charges of the Office of the Managing Director on several instances in ONE Bank Limited. He was also the Secretary General of Association of Bankers, Bangladesh Limited (ABB). Along with the role of Managing Director of UCB, Mr. Arif Quadri is also contributing as Chairman of UCB Asset Management Limited. He attended different training programs and seminar at home and abroad.

Mr. Arif Quadri has excellent academic track record. He completed his both graduation and post graduation degree in Economics from Jahangirnagar University.