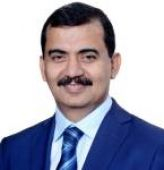 Mr. ATM Tahmiduzzaman FCS, a qualified Chartered Secretary, is the Company Secretary of United Commercial Bank Ltd. He has started his Career with British flagship concern REA Consortium locally known as Deundi Tea & Shaw Wallace Tea. In the process of career progression, he capitalized the opportunities to work in launching team of Warid Telecom and played active role in the process of establishment of AIRTEL Bangladesh.

Mr. Tahmid, a faculty member of Institute of Chartered Secretaries of Bangladesh (ICSB), obtained his Master's Degree from University of Dhaka. Later on, he obtained MBA under the umbrella of Common Wealth of Learning, the education wing of Common Wealth. In addition, he is a Law Graduate. He has attended many training program and workshops. He is also involved with different socio-cultural organizations.