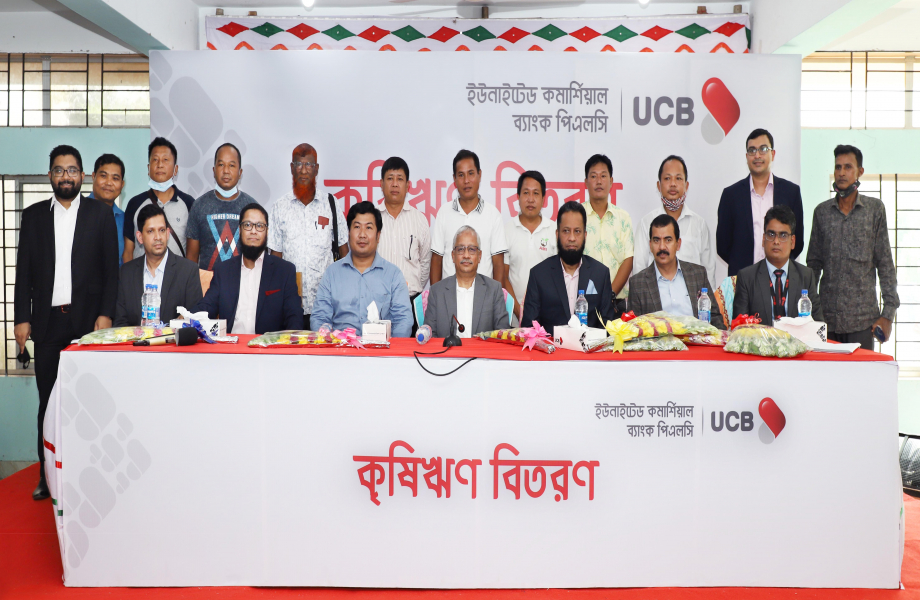 Although small ethnic groups are extremely poor or marginalized by all possible standards of human dignity and human development, agriculture is their only source of livelihood. In such a situation, United Commercial Bank PLC has taken up this project to help the small ethnic farmers.

Vijay Bikash Chakma said, I could never have imagined that I would get a loan without collateral. I am really very happy. This loan will play an important role in my spice cultivation. Moreover, I did not have to suffer in any way to get this loan. I would like to thank UCB Bank for that.

Sachaingpru Chowdhury, Mong Circle Chief (Majesty) of Khagrachhari Hill District, who was present on the occasion, said, Farmers here think that private bank means a lot of hassle, but this idea has been changed by United Commercial Bank PLC. Many times our farmers try again and again to get loans from different banks but they cannot get loans due to various complications. As a result, the living conditions of the farmers in Corona became more difficult. In such a situation, I would like to express my sincere gratitude to United Commercial Bank for standing by our farmers with easy unsecured loans. At the same time, we have a request to this bank, to stand by our farmer group.

Speaking on the occasion, Arif Quadri, Additional Managing Director, United Commercial Bank plc, said, We are very happy to be able to stand shoulder to shoulder with the farmers of Khagrachhari in the midst of this crisis moment. The economy needs to turn around and for doing so, giving loans to the victims as soon as possible has to be sure. We are working on daily targets to achieve this. This is the first time we are giving a total of Tk 21 million to 71 farmers. Which was not given anywhere else. Moreover, we have opened a new branch in Khagrachari. UCB Bank will always be by your side and will deliver every service to your doorstep. UCB Bank is trying to follow the Prime Minister's directives to revive the devastated economy in Corona. Moreover, we will try to stand by the farmers in the areas where there is crisis and disaster for the farmers.

United Commercial Bank PLC, Founded in 1983 is one of the leading private commercial banks in the country. This Bank has been ensuring the best service to its customers through its extensive branch network across the country.